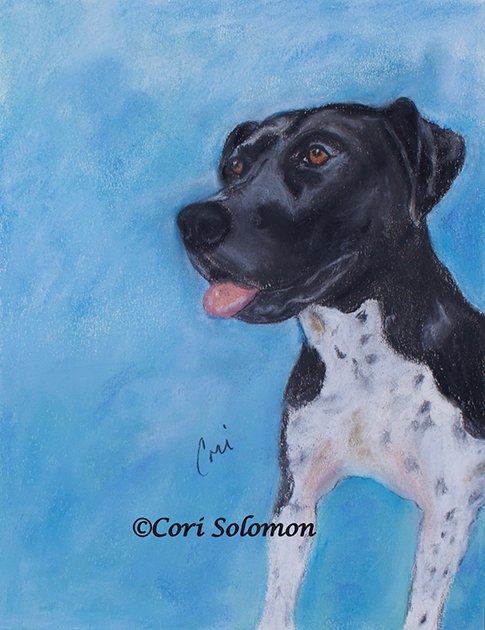 Bird is a mixed breed rescue dog that a friend in Northern California ordered as one of two commissioned dog portraits for her daughter.  This drawing is the companion to a drawing I created called Moose.

Saying goodbye to our furry friends is so hard.  In the case of the owners of Moose a recent pet portrait, they decided they needed another rescue dog.  Perusing the internet they found Magpie.  Driving to Hanford, CA they meet Bird, formally Magpie.

Bird was found wandering stray in the Central Valley.  She loves people but is still shy of other dogs. After performing two DNA tests, Bird is a mix of 50% Staffordshire Terrier, also Australian Cattle Dog, Boxer, Great Pyrenees, German Shepherd, and Miniature Poodle.

To commission a pet portrait by Cori Solomon, email Cori