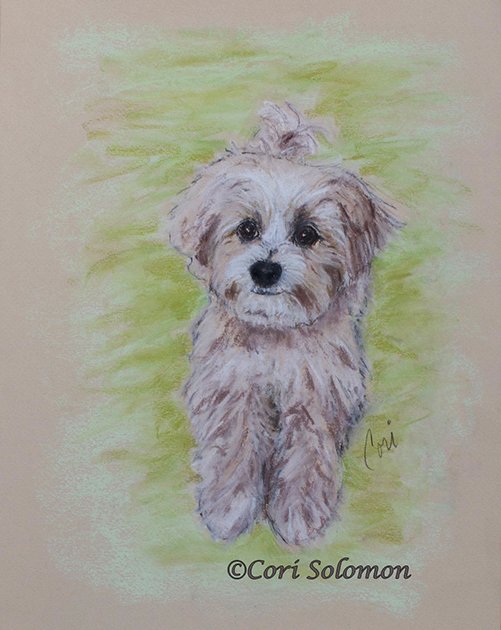 Meet Freddy, a Maltipoo who commissioned me to create this dog portrait.  The breed combines the Maltese with a toy or miniature poodle. The breed is gentle, playful, and highly intelligent.

Freddy’s owner describes him as having the silliest and sweetest personality.  He loves to play fetch with his teddy bear and suddenly he will drop the teddy bear and come running up to give kisses. She also says he is a ham as he whines to communicate.  Freddy loves people and other dogs.

In this pastel drawing, I try to capture the sparkle in Freddy’s eyes, which gives way to his personality.  The owner requested to place Freddy against a light green background which you can see I did.

This was my first time drawing a Maltipoo.  I have created drawings of both the Maltese and the Toy Poodle.

To commission a pet portrait by Cori Solomon email Cori