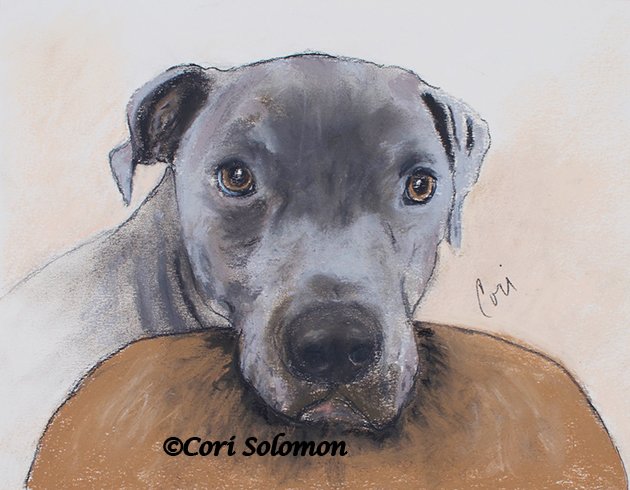 Hank, a Blue Nose Pitbull Terrier was my most recent commissioned pet portrait. Created for a friend to give her stepson for his birthday, Hank is a bundle of joy, a wiggly dog who loves to play tug of war. I created this pastel drawing from an image of Hank looking over the end of the bed. In this case, Hank looks over a chair at his master.

About the Blue Nose Pitbull Terrier