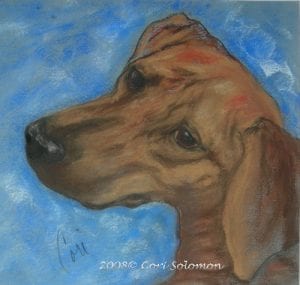 Its signature feature is the ridge, or stripe of backward-growing hair, on his back. The breed originated in Africa and is part of the hound group. Rhodesian Ridgebacks are known for tracking and baying lions. They are considered affectionate dogs.